Owner of Golden Nugget casinos, Tilman Fertitta, has commented on how there are too many casinos in Atlantic City. Fertitta said the openings of Hard Rock and Ocean Casino in 2018 added new competition Atlantic City can’t support. “It’s not a nine-casino market, and I don’t understand why nobody realizes that,” said the owner of the NBA Houston Rockets. The comments were made at his recent book launch in New Jersey

He added: “You could say that the market is going up and that we’ve added thousands of jobs. But now every other casino has had to lay off jobs, so I don’t even know how big the net gain is. But now, none of the casinos have the cash flow that they did.” 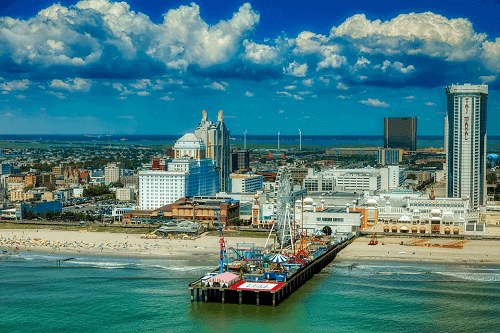 And it’s not just Fertitta seeing this. The numbers are painting a similar image. Over the past few months, reports on the recent statistics show that Atlantic City hit an oversaturation point. After the city posted disappointing 2018 gross operating profits, the New Jersey Casino Control Commission Chair James Plousis said “thousands of jobs and many new exciting amenities position us well for continued growth”. But then in 2019, when the numbers showed a continued decline, Plousis said the results show “the market was still adjusting to the new level of competition.”

Looking at Atlantic City’s seven out of nine casinos, all reported declines. Bally’s profits dropped 32.2%, Resorts declined 21.8%, Caesars 26.9%, and Tropicana dropped 8.4%. The Borgata, the city’s richest casino, was down 3%. The Golden Nugget and Harrah’s lost 19% and 34% respectively.

It seems like in a scene like Atlantic City, a casino should look at more than just foot traffic to make up profits. Fertitta’s Golden Nugget has caught on and is slowly cornering another market – online casinos. From January to August 2019, the casino’s online gaming operations have increased to US$108.5 million. Versus last year, this is a 63.3% increase.

For more US casino news, check out BestCasinoSitesOnline.com.