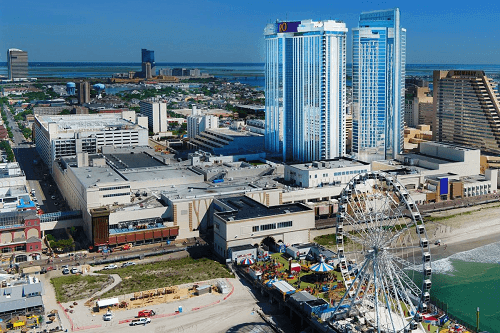 One such bill is the ACR45. This bill proposes an amendment to the New Jersey Constitution that would “authorize casino gambling in the northern part of the state.” This particular bill was introduced by Assemblymen Ralph Caputo (D-Essex County) and Jamel Holley (D-Union County). It already has 13 other cosponsors backing this bill, allowing northern New Jersey counties the ability to bid for a casino resort.

However, even if the NJ Legislature passes the bill allowing casinos outside Atlantic City, citizens of the Garden State would need to vote in November on whether or not the constitutional amendment should happen.

But this bill and expanding casinos outside of the town doesn’t necessarily spell doom for the struggling casino city. A portion of the tax money generated by the project would go to Atlantic City’s recovery efforts. This year will be an important year for Atlantic City. The town will see whether it’s capable of supporting nine casinos. With the decrease in the number of workers employed by its resorts last year, how will operators manage to keep afloat this year?

On the other hand, its operators seem to be downplaying what’s happening in Atlantic City. They claim that the reduction in employees was merely a right-sizing adjustment to ensure financial stability and long-term economic growth. However, Hard Rock CEO Jim Allen wrote this month that Atlantic City is in worse shape today than when Hard Rock opened back in 2017. Golden Nugget’s owner Tilman Fertitta also expressed the same opinion.

For more of the latest US casino news, keep it here at BestCasinoSitesOnline.com.