Chicago Mayor Lori Lightfoot has reopened the debate on a law passed in late June this year. It authorizes the operation of a major casino by the state and city. Lightfoot is calling on lawmakers in Springfield, Illinois to grant the building of a private casino that will be run by the city of Chicago and the state of Illinois.

This request comes as the Chicago Mayor battles US$1.3 billion in city debt along with an US$838 million budget shortfall – the largest in the city’s recent history. A casino could bring in necessary revenue to buffer the shortfall. Additionally, a Chicago casino has been on the radar for years with previous mayors failing to make it a reality.

However, the dream seemed closer to reality last summer. Illinois Governor J.B. Pritzker signed a gambling expansion package that allowed a casino in Chicago, along with five smaller regional casinos in the Windy City’s southern suburbs. 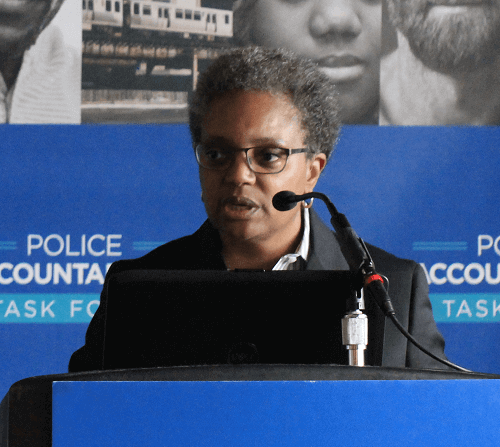 The package was passed as part of a much larger capital plan that set aside billions for investment in infrastructure. It will mainly grow the gambling sector in Illinois, the number of video gambling machines, and legalize land-based and mobile sports betting.

However, legislators aren’t keen on revisiting a bill that’s taken so long to pass. A lawmaker who was influential in getting it passed reportedly told The Chicago Sun-Times that Lightfoot’s proposal risks “open[ing] the floodgates for everyone who has problems” with the proposed casino, resulting in “unnecessary drama”.

If a state-owned casino is off the table, Lightfoot proposed that the legislature must at least relook the tax structure of the proposed venture. This suggestion comes in light of the findings from a feasibility study from the Illinois Gaming Board and conducted by Union Gaming Analytics.

It found that under the current proposed tax structure, the project needs to be developed without incurring any debt. No right-minded private investor would finance it because it would be the most highly taxed casino in the USA.

The Chicago casino would pay an additional 33% “privilege tax” to pay for firefighter and police pensions. Add regular taxes and upfront fees, the total rate would be 72% on gross gaming revenue (GGR). Furthermore, with operating costs projected at 30%, it makes the casino unprofitable from the beginning.