Pennsylvania’s Hollywood Casino has been fined $20,000 for holding unauthorized poker tournaments in 2019. This comes after the casino released its figures which shows the gaming venue’s revenue increase by 3.26% compared to previous years. 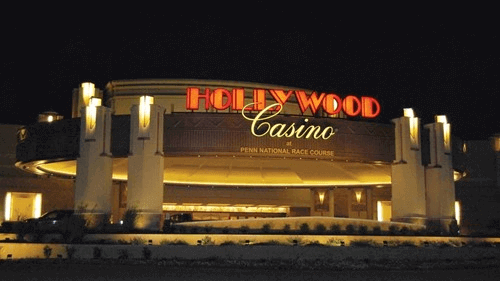 The fine was announced and imposed by the Pennsylvania Gaming Control Board. In a statement, the board said the fines are in relation to four poker tournaments hosted by Hollywood Casino PA. The fines are part of a consent agreement with Mountainview Thoroughbred Association which operates the casino at Penn National Race Course in Grantville, PA.

According to The Patriot-News, the four illegal poker tournaments were reported to the Gaming Control Board by the director of compliance at Hollywood Casino, Alex Hvizda. He allegedly said that the “Labor Day Classic” poker tournament was never presented to the board for review and approval.

To enter the unauthorized tournament, there was a $120 entry fee, which is an increase from the previously set $80. They took place 95 times with the increased entry fee between February 5 and September 12.

Hollywood Casino said that the review didn’t take place because of staff turnover in the company’s poker department. Since the illegal tournaments took place, the Pennsylvania Gaming Control Board has authorized the $120 poker tournament.

Under Pennsylvania law, everything from table game plans and dealer training; to schematics of gaming guides, tournament schedules, layouts, signs, and equipment must be reviewed and approved by the board’s executive director.

It seems like Hollywood Casino PA won’t struggle with paying the $20,000 fine. 2019 was a good year for the gambling venue and Pennsylvania as a whole. The state had record high revenue of over $3.4 billion for 2019. Furthermore, total gaming and fantasy contest revenue increased by 4.5% when compared to 2018 figures.

There was also an increased total tax revenue generated through gaming and fantasy betting. It grew from around $1.3 billion in 2018 to $1.4 billion in 2019.

For the latest in US casino news, keep it locked on BestCasinoSitesOnline.com.