Indiana sports betting experiences a huge growth thanks to mobile sports betting apps. A huge amount of money was wagered on games and other events in October compared to previous months.

The Indiana Gaming Commission (IGC) recently released its monthly figures showing the state’s sportsbooks and sports betting apps performance. They accepted nearly US$91.7 million in bets in the month of October. This is a more than 160% increase from September, which had only US$35.2 million in bets. 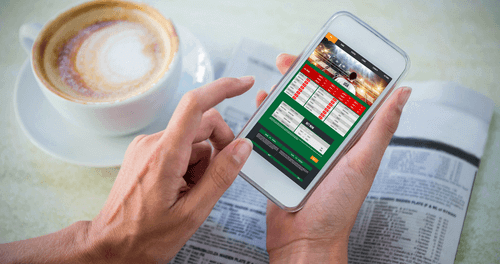 The increase is due to the introduction of mobile apps, three of which were released in October. The biggest – DraftKings – reportedly had US$39.4 million in wagers. The second Indiana sports betting mobile app – BetRivers.com – had a handle of US$6.3 million. Lastly, FanDuel reportedly handled US$2.4 million in bets last month. DraftKings and BetRivers.com were both launched on October 3 while FanDuel started accepting bets on October 22.

While mobile apps may have helped the sportsbooks’ gross revenue, their growth couldn’t be matched. The IGC shows that the sportsbooks revenue increased 34% from September, from US$8.6 million to US$11.5 million. This contributed nearly US$1.1 million in taxes for the state.

Retail Sportsbooks Also Raking it in

Retail sportsbooks near major metropolitan areas bordering the state were the best performers. Horseshoe Hammond, the Indiana casino closest to Chicago, reportedly made US$10.7 million. This makes it the top land-based casino for the second month in a row. Then, following with US$6.8 million is the Ameristar Casino in East Chicago. The Hollywood Lawrenceburg, which is 30 minutes from Cincinnati, reportedly made US$6.9 million.

The performance of these three retail sportsbooks and their gains can be linked to the introduction of Indiana sports betting. They started making gains in September, which is the first month it was launched.

The IGC reported which sports pulled in the most betting action. Indiana sports betting fans love betting on football; which pulled in US$41 million on single-game, in-game, and futures opportunities in both college and pro football. Through the first two months of sports betting, bets on the sports totaled US$63.6 million.

Parlay bets brought in the most money. In the first two months of Indiana sports betting, parlays made up US$32.4 million in bets.

Next it was postseason baseball, which made US$10.5 million and then basketball generated US$6.2 million.

There will be one more retail sportsbook opening officially in Indiana this month. The Rising Star Casino in Rising Sun, Indiana, opened today. It makes it the 14th casino in the state to have a sportsbook.

For the latest US casino news, keep it here at BestCasinoSitesOnline.com.

Best Online Casino in USA for May