MGM Resorts CEO Jim Murren has praised the gaming industry for its beneficial role it’s been playing in society as a whole in the US and beyond. In a commentary piece published in Forbes, Jim Murren said MGM and other Strip casino giants are committed to the impact they have on society as they are to their profits.

“Las Vegas has a reputation for excess and non-stop entertainment. But Las Vegas Strip-based companies are increasingly stepping up as responsible global citizens,” Murren wrote. So, according to Jim Murren, these gaming giants aren’t just focused on keeping their doors open. 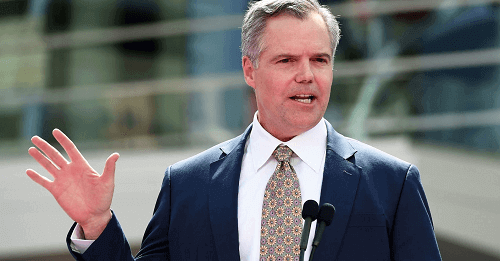 “This may be surprising to those who think of Las Vegas as ‘Sin City’. But we are pioneering corporate cultures that embrace a commitment to society that extends beyond simply serving customers and growing bottom lines,” he said.

Coming from Murren himself, these companies must be doing something right. After joining MGM Resorts in 1998, Jim Murren was given the Woodrow Wilson Award for Corporate Citizenship in 2017. The award is bestowed to those who have “demonstrated a profound concern for the common good beyond the bottom line.”

While MGM, Las Vegas Sands, Caesar Entertainment, and Wynn Resorts are the top four largest employers in Nevada, they are also contributing to socially and environmentally conscious policies. “Today, the Strip’s growing focus on social impact and sustainability is transforming Las Vegas into a fascinating paradox: a city known for frivolity and excess that is fuelled by socially and environmentally conscious policies and programs,” Murren wrote.

As proof of Las Vegas striving to be sustainable, recently the US Bureau of Reclamation called Nevada “a national leader in water conservation.” Jim Murren said that even though Las Vegas is located in the Mojave Desert, the Strip’s sustainable water programs mean that visitors can marvel at the Bellagio Fountains, Caesars Palace fountains, and the Venetians canals.

Furthermore, Murren alluded to the Strip’s embracing of renewable energy. Caesars, MGM, and Wynn Resort are all no longer on the grid. In an effort to reduce food wastage, casinos are donating uneaten food to local food banks and sending their food scraps to local livestock farms.

On top of that, as Nevada’s casinos expand outside of the state to new markets, they are actively seeking to partner with local businesses owned by women and the US’ minority groups. Jim Murren sees this as a duty. “This is our obligation, regardless of the impact on our stock price,” he said. “And aside from being the right thing to do, we see these policies as investments with major social, environmental, and economic returns.”

Find the latest US casino news at BestCasinoSitesOnline.com.