During Saturday night’s leg of the Breeders’ Cup, tragedy struck when the event ended in Mongolian Groom being put down. This has effectively caused people and associations to question the future of horse racing and that of Santa Anita. 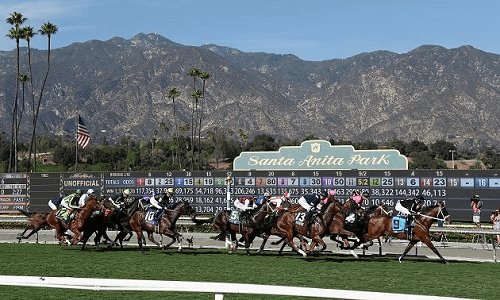 In the space of 13 months, Mongolian Groom is now the 37th horse to die at the Santa Anita racetrack in Southern California. He suffered an injury to his left rear leg after pulling up at the top of the stretch. He was in second place, vying to get ahead when he was injured. At the end of the race, track officials transported Mongolian Groom off the track in a medical van. After consultations with veterinarians, he was put down.

The Breeders’ Cup group released a statement regarding Mongolian Groom’s death. In it, they said that the safety of the horses and jockeys is a top priority, and they are working closely with Santa Anita racetrack to promote enhanced equine safety. “Santa Anita has implemented numerous industry-leading reforms to enhance existing health and safety measures with the intent of providing a safe racing environment,” it said in the statement.

However, despite the claims made by Breeders’ Cup, the death of Mongolian Groom has brought further criticism of the Santa Anita racetrack and calls to stop races from taking place there. This isn’t the first time the track has received scathing condemnation. California’s senior senator Dianne Feinstein wrote a derisive letter to the California Horse Racing Board (CHRB). In it she said that another fatality or injury could initiate leaders discussing and re-examining the future of horse racing in the state.

The Humane Society of the United States (HSUS) is also calling for a racing suspension at Santa Anita. In a statement on the horse’s death, they said it shows just how poorly the horse racing industry is regulated across the US. They said that American horse racing is broken and its equine athletes are paying the price with their lives. Furthermore, the Breeders’ Cup shouldn’t have been held at the racing venue. “The decision to hold the Breeders’ Cup at Santa Anita before the results of investigations into the spate of recent deaths was ill-advised,” it said.

Another organization has joined the discussion around Mongolian Groom’s death – PETA. The group has called for an investigation into his death, asking Los Angeles County District Attorney (DA) Jackie Lacey to independently investigate how he died. Furthermore, they claim that the delay by the DA in releasing findings into the other 36 deaths at Santa Anita caused the 37th.

Dangers of the Crop Whip are Being Questioned

The banning of crop whips is another cause being PETA feels strongly about. The events that led up to the death of Mongolian Groom have highlighted the dangers of using a crop.

Broadcast video replays show Mongolian Groom pulling up on the final turn just after his jockey Abel Cedillo used his crop on the horse. PETA senior vice president Kathy Guillermo said that it forced him to continue running. “So even if he was in pain and wanted to slow down, he could not have done so. Striking horses during racing must be banned now. We can’t wait for the rule-making process when horses are dying,” she said in a statement.

Crop use was first addressed in March 2019 by the CHRB. However, the rules allowing for jockeys to use the crop three times before the horse is given a chance to react are still in place. But now, rules would reduce it to only being allowed if the jockey feels either their safety or the horse’s is in trouble. CHRB spokesperson confirmed that the issue of crop usage will be on the board’s agenda on November 21.

Despite the death of Mongolian Groom, racing continued the following day. Additionally, Santa Anita is expected to resume racing on December 26.