Ontario Priest Gambles $760,000 for Refugees Ordered to Pay it Back

A Catholic priest from Ontario has been imprisoned for two years for defrauding refugees of nearly C$1 million (US$760,000) to support his gambling habit. Canada’s Global News reports that Father Amer Saka, a priest of St. Joseph’s Chaldean in London, Ontario, has been ordered to make amends to the 33 families he got the money from. He had approached them under the guise of collecting money for a sponsorship program that brings refugees to Canada. 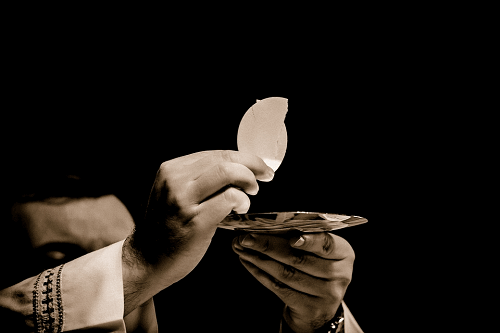 However, because of Saka’s uncertain future employment prospect and age, the full amount will most likely be unpaid. The Ontario priest was originally given 45 years by the court to pay back the money. This means that Saka, who is 61, will have been 106 by the time he’s fully paid back the US$760,000. So, after prosecutors argues the unreasonableness of this order, it’s been reduced to 15 years. Therefore, this requires the Ontario priest to come up with $62,433 every year for the next 15 years or face going to prison again.

Ontario Priest a ‘Very Good Man Who Made a Mistake’

His lawyer, Iryna Revutsky, explained to the court that Saka’s gambling addiction is part of an undiagnosed post-traumatic stress disorder which was caused by the murder of his parents in Iraq. Christians in Iraq have been experiencing persecution and it got worse after the fall of Saddam Hussein’s Ba’ath Party in 2003.

“It’s been a very difficult three years for Father Saka, and he certainly has made a lot of progress in dealing with his post-traumatic stress disorder,” said Revutsky. She praised the judge’s leniency, saying that the judgement was thoughtful. “[H]e took into consideration the fact that my client was fundamentally and is fundamentally a very, very good man who made a mistake.”

The Clergy and Gambling Problems

This is the first instance of a priest being caught up in gambling. Last month in Stockton, California, pastor Thai “John” Nguyen was convicted on illegal gambling and weapons charges. The police had raided Nguyen’s premises and found illegal gambling machines along with a loaded AR-15 rifle, one revolver, two semiautomatic handguns, body armor, and US$3,600 cash.

In 2017, a Las Vegas pastor robbed Penn National’s M Casino three times over two months. Evangelist pastor Gregory Bolusan used a fake gun and was eventually caught during his third attempt. He was charged with three counts of burglary, two counts of robbery, and one count of attempted robbery.

Additionally, in December 2017, the Archdiocese of Los Angeles didn’t press charges against two nuns who embezzled a minimum of US$500,000 from St. James Catholic School in Torrance, LA County. Like the Ontario priest, they used the money to fund their gambling habits.

Home » Ontario Priest Gambles $760,000 for Refugees Ordered to Pay it Back