The Oregon Lottery commission announced on Monday that it expects to launch Scoreboard, the state’s first mobile sportsbook on October 7 or sooner. SBTech is the developer of the app, which is ready to launch. However, the Lottery is still in the process of finalizing the payment process the app will support.

Once it goes live next week Monday, bettors will be able to download Scoreboard through the Play Store for Android and the App Store for iOS. It features a wide range of betting options on professional sports, from in-play betting, outright winners, parlays, and against the spread bets. 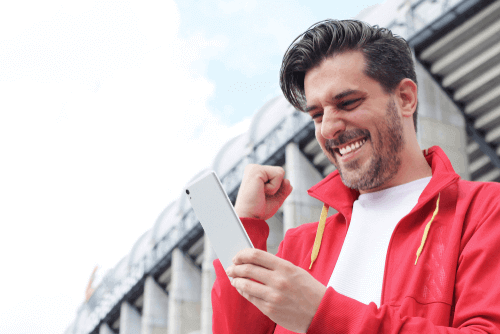 Oregon Lottery is hoping to bring the app to the state in time for the beginning of the National Football League (NFL) season. This sport draws a lot of betting action around the country.

The first gaming operator to launch a sports betting platform in the Beaver State is the Chinook Winds Casino in Lincoln City. The Siletz tribe’s sportsbook lounge was launched on August 27. Unlike Scoreboard, Chinook’s sports betting lounge offers bets on National Collegiate Athletic Association (NCAA) games. Therefore, this means that Oregonians can bet on the Oregon Ducks. However, the tribal operator is limit in gambling offerings gambling on its reservation, losing to the Scoreboard app’s wide reaching state-wide mobile platform.

NCAA Betting Not Available on Scoreboard

It seems like Oregon is still weary about upsetting the NCAA over gambling on college sports. The first time the state experienced complications with the NCAA was when they ran the Sports Action contest. It allowed players to bet on NBA and NFL games. However, it shutdown in 2007. There were concerns that it would prevent Oregon from being considered as a host for NCAA basketball games.

The contract was awarded to SBTech through a public tender process. Losing finalists Scientific Games laid a complaint about SBTTech to Oregon Lottery. They claim that the Malta and Isle of Man-based company conducted black and gray-market operations in some countries. But SBTech, who already has contracts with Mississippi and New Jersey, denies these claims. Furthermore, the Lottery said its due diligence found “nothing untoward” surrounding SBTech.

For more of the latest US casino and gambling news, keep it here at BestCasinoSitesOnline.com.

What is the easiest casino game to play?

How Do Gamblers Deal with Losing Money?