A Texas tribe is fighting back against Senator John Cornyn’s (R) efforts to delay a casino bill hearing in DC. HR759 – the Ysleta del Sur Pueblo and Alabama-Coushatta Tribes of Texas Equal and Fair Opportunity Settlement Act – is a bill that gives the two Texas tribes full rights under the Indian Gaming Regulatory Act (IGRA) of 1988. 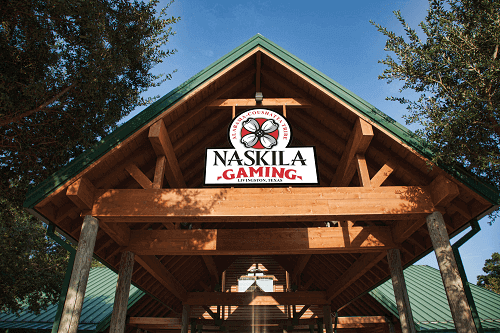 However, it seems like the Ysleta del Sur Pueblo and the Alabama-Coushatta tribes are being targeted by Texas officials. Senator of the Lone Star Cornyn wrote to the US Senate Indian Affairs Committee expressing concern. “Texas Governor Greg Abbott, Lieutenant Governor Dan Patrick, and Attorney General Ken Paxton have concerns with this legislation because current federal law prohibits gambling on tribal lands unless authorized by the State of Texas,” he wrote. “Under Texas law, most forms of gambling are prohibited, including on Ysleta del Sur Pueblo and Alabama-Coushatta tribal lands”.

He requested a postponement on the hearings regarding HR759 “until these parties [the Texas state government and tribes] have reached a resolution or agreement”.

HR759 will provide the two Texas tribes a level playing field by allowing the Ysleta del Sur Pueblo and Alabama-Coushatta tribes the very same gaming immunity granted to the Kickapoo tribe. This is the only other federally recognized Native American tribe. “We are a federally recognized tribe with sovereign rights, and we would like to assert those sovereign rights,” said Alabama-Coushatta chairperson Cecilia Flores. “Senator Cornyn’s letter represents the latest in a series of delays by some Texas officials, who appear to be prioritizing politics over equality for the state’s Native American tribes, as well as jobs and economic growth in East Texas”.

Historical Origins of this Battle

In August 1987, the two Texas tribes agreed to Congress’ Ysleta del Sur Pueblo and Alabama -Coushatta Indian Tribes of Texas Restoration Act. What this bill did was restore and recognise their sovereignty. However, there was a caveat when it came to casinos – all gambling that’s banned in Texas is also banned on reservations and tribal land.

Then a year later, the IGRA was passed. It gave all federally recognized tribes the right to operate Class I and II gaming on their land. But now, the only Texas tribe that has been allowed to operate a Class II casino is the Kickapoo’s Lucky Eagle Casino. On the other hand, the Alabama-Coushatta’s Class II Naskila Gaming casino in Livingston is considered to be in violation of state law. They are being fined US$10,000 per day and they now this Texas tribe owes the state upwards of US$12.4 million.