More than two dozen tribal nations have been in casino gambling negotiations with Oklahoma’s attorney general. The discussions, which began on Monday, are now locked in a stalemate over whether or not the existing gaming compacts automatically renew at the end of the year.

Attorney General Mike Hunter said the two-hour closed-door meeting was “positive and constructive”. He added that the meeting, which was held at the Citizen Potawatomi Nation’s Grand Casino Hotel & Resort, was a good opportunity to outline the state’s position. However, Hunter didn’t give more details about the stalemate. 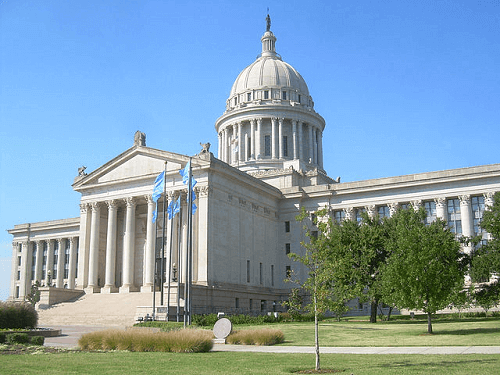 Meanwhile, Oklahoma’s Governor Kevin Stitt believes that the 15-year compacts expire at the end of the year and wants to renegotiate with the tribal nations to give Oklahoma a larger share of revenue from casinos.

The 35 tribal nations that have gaming compacts are all in agreement that the compacts should automatically renew after January 1 if new terms aren’t agreed upon. This issue needs to be resolved before negotiations can begin. “The way forward is to come up with a process that resolves the dispute, getting that resolved getting it in a trajectory where it is no longer a barrier to looking at ways to modify the compact in a way that benefits the tribes and the state mutually and cooperatively,” said Hunter.

Chairperson of the Oklahoma Indian Gaming Association and key figure in the discussions, Matthew Morgan, said leaders of the tribal nations will take time to assess Monday’s discussion. However, it was clear that there is a “major dispute” over the renewal language. “Nothing is more important to the tribes than resolving the automatic renewal, and we are committed to continued dialogue,” said Morgan in a statement.

If the compacts aren’t in place, Oklahoma tribal nations won’t be allowed to have many casino games including slot-style games, blackjack, and poker. However, they will still be able to host bingo-style electronic games, which are highly popular in the state.

Currently, the state’s gambling compacts call for tribal nations to pay between 4% and 10% of their casino’s net revenue in what’s called “Exclusivity fees”. These guarantee tribes the exclusive rights to operate casinos in Oklahoma. They generated US$139 million for the state in 2018. Roughly US$2.3 billion in revenue was created for tribal nations from casino games under the compacts.

Additionally, the gambling industry is booming in the state. After nearly 60% of Oklahoman voters approved of expanding gambling in 2004, its tribal nations signed compacts with the state. There are now nearly 130 casinos in operation. These range from gas station additions to resort-style casinos.

Read more of the latest US casino news: