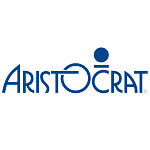 Aristocrat Leisure Limited, or simply Aristocrat, is probably one of the most well-known casino software providers in the world. Since 1953, they’ve been making innovative strides in gaming. Almost every casino worldwide offers its games, including both brick-and-mortar casinos and online gambling sites. So, what makes Aristocrat worthwhile for USA players who want a new gaming experience? Well, they have plenty of games and a firm standing within the gambling industry.

Further, they have expanded online with subsidiaries in addition to their trademarked titles. Aristocrat is second only to International Game Technology in terms of slot machines. They haven’t tried to get into table games yet, but who knows. Recently, they’ve decided to move into the online industry through three subsidiaries. These smaller companies are rapidly moving into the mobile, Internet casinos, and free-to-play games.

Back in 1953, Len Ainsworth started Aristocrat to offer one-armed bandits. These old slot machines were extremely popular. First, they released the “Clubmaster”, featuring advancements like “free play lock” and self-lubricating reel bearings”. These would mark the beginning of the company’s innovative pushes in their native Australia.

By the 1960s, the company started expanding from Australia to European casinos. Then, Las Vegas heard about their products. Aristocrat Nevada began in 1961 to offer USA casinos their games.

In 1979, Aristocrat brought out the first five-reel slot machine. The all-electronic game was a big success for the company and revolutionized the gaming industry. Throughout the decade, the company’s international trade continued to grow. So, when the 1980s rolled around, they brought out the “Microstar” range of machines. These slots were top-of-the-range, and the technology is still used in 2020.

Next up, Aristocrat launched their “virtual reels”, adding weights to certain symbols. By 1983, slot machines were earning more revenue than table games for the first time. During the 1990s, the company released the “MK Gaming System: and the “Hyperlink Gaming System”. Both innovations brought a new spin to slots, and the company was listed on the Australian Stock Exchange shortly after.

Through the 2000s, the company continued to grow and got its first operating license in Nevada. They also started operating in Macau, solidifying their presence in the gaming sphere. However, the 2008 economic crash hit it hard. Luckily, the turnaround strategy saved one of the oldest providers in the world.

In 2012, it introduced the “Games Development Kit” and streamlined game development. Then, in 2013, the company bought Project Madness. This acquisition marked their transition into the online and mobile gaming industry. Buffalo Stampede became the top game globally, the progressive jackpot game would stay in the top spot for the fourth year. In 2017 and 2018, they also bought out Plarium and Big Fish Games.

Plarium is a social, free-to-play mobile and web game developer. Meanwhile, Big Fish Games is a leader in free mobile and desktop games. Aristocrat’s digital portfolio was fully fleshed out and brought many new innovations to the developer. Also, they brought along many other core “digital capabilities” to the software provider. So, now USA players can enjoy titles anywhere and everywhere. 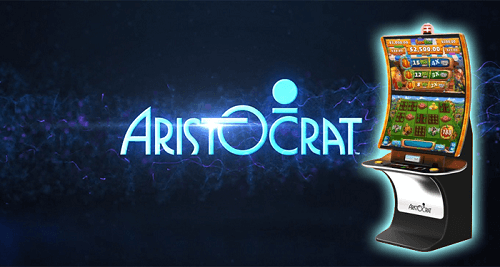 With such a long history behind Aristocrat, their extensive game selection should come as no surprise. These are our top picks for the best slots at this moment. 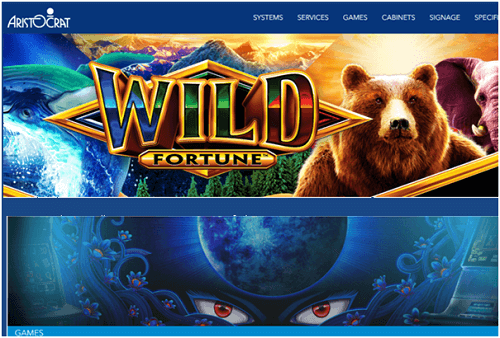 If you’re wondering why you should play Aristocrat slots, then we’ve got some great reasons. First, its games are always at the forefront of the industry. Innovation is vital for this software provider, and they don’t stint on anything. Second, it pays attention to details like graphics, sound, and user experience. Thirdly, it’s committed to creating new ways to play games, such as mobile, online, and social games within a brick-and-mortar establishment.

Moreover, they have some of the best progressive jackpots in the world. Trust us, we’ve tried them all. So, there are plenty of motivations to give its games a shot. Who knows? You could be a millionaire in minutes.