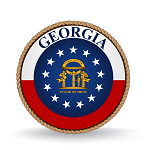 Georgia gambling laws are some of the newest in the US as the state legalized gambling late in the game. However, there are no casinos, racetracks, or poker rooms. In the 1970s, Georgian laws were passed to allow bingo. However, the state lottery was only introduced in 1992. After that, video lotteries were approved in 2013. Based on their tax revenues, it’s easy to see why the state is happy with just lottery games. Still, they did launch online games in 2014, making them one of a handful of states to allow online gambling.

While there are no Georgia casinos, there are some in nearby states that are a short drive away. These include two Cherokee casinos in North Carolina, or Mississippi, and Florida. There are also cruise ships allowed to dock from an Atlantic Ocean port with onboard casinos. The cruise ships can officially offer casino games once they’re out of US waters.

Georgia makes roughly $918 million in revenues from gambling operators. Rough estimates place Georgia gambling at a value of $1 billion. Since bringing online gambling into law, the state revenues have benefitted taxpayers. While they may not allow actual slot machines, there are mimic versions with betting caps between $0.50 and $2.

As per usual, daily fantasy sports are claiming to be exempt from gambling laws because it takes skill. However, the Georgia Lottery launched an inquiry to determine if this was true. No findings have been released, so the daily fantasy sports continue to operate in the state. The State Attorney General is also investigating.

There are two formats of legalized live gambling allowed in Georgia, charitable bingo and video lottery. Charitable bingo is legally allowed to have small prize pools for players. Meanwhile, video lottery machines must use a skill-based system to be considered redemption games by the state. Enforcing these rules for video lotteries is still being discussed by officials. 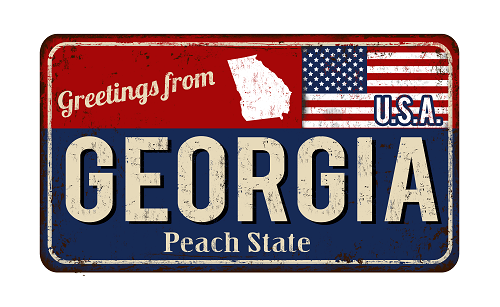 Like most of the South, Georgia is quite strict about regulating gambling. Both sports betting and casino games are illegal to play. Moreover, even home poker games can be reported and legally acted upon. Home poker games can’t have an entry fee or a rake from the pot. Additionally, poker tournaments can’t have a buy-in under state laws. Isn’t that just peachy?

Meanwhile, bingo is permitted for charities registered in the state, but all revenue has to be declared. Prize pools cannot go above $1500 for a day or $3000 per week.

Conversely, the Georgia Lottery has to give taxes generated by lotteries to the HOPE Scholarship. These funds are then given to qualifying students for scholarships. More so, the GL pays for pre-kindergarten classes.

Only the Georgia Lottery can regulate commercial gambling in the state and create new segments without the state legislature’s authority. It may also open video lottery casinos. Still, it chooses not to. Lottery management decided to wait for lawmakers to decide on casinos.

In the state, video lottery games are strictly regulated. All devices have to be connected to the state lottery headquarters, and they have to pay annual amusement licensing fees. All games must be slots that require some level of skill. No money may be won, but players can win gift cards, lottery tickets, or store merchandise. However, alcohol and tobacco products can’t be bought with winnings. More so, violating the laws is considered a misdemeanor in most cases.

As one of the more conservative states, Georgia was against gambling for most of its history. Until 1976, when lawmakers approved charity bingo and raffles. By 1992, the state created the lottery, and the first scratch-off ticket was sold a year later. Georgia is also part of the multi-state draws such as Powerball and Multi-Millions. After that, keno draws were allowed, but mostly in bars.

In the 1990s, video poker machines popped up, though lawmakers opposed them. By 2002, the Georgia Supreme Court overturned the ruling from the lower court. Video poker and other games featuring cards have been banned ever since 2001. In 2013, the state allowed video lotteries exclusively, but the video poker ban remains.

Nowadays, state and local police are still trying to battle underground video gambling. Still, there is a possibility that they could be allowed at casinos. Talks began in 2016, but nothing has been confirmed. 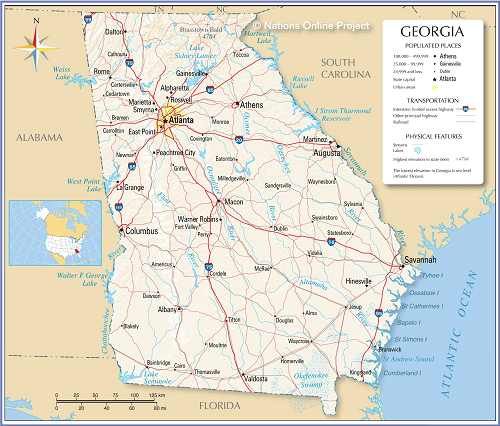 Are there casinos in Georgia?

No, not at the moment. Legislators are still in talks about allowing them.

Where is the closest casino to Atlanta?

Harrah’s Murphy in North Carolina is the closest casino.

Are slot machines legal in Georgia?

No, but some skill-based games are based on slots like video lotteries.

Mostly at gas stations and bars.

Can you buy Georgia Lottery tickets over the Internet?

Yes, you can purchase lottery tickets, keno tickets, and scratch-offs through the official website.

Is horseracing legal in Georgia?

No, there are also no racetracks.

Is poker legal in Georgia?

Only house games with no buy-ins or entry fees are allowed. Commerical poker rooms are illegal.

What is the minimum gambling age in Georgia?

For the lottery and bingo, the minimum age is 18. Video lotteries have no age restriction.